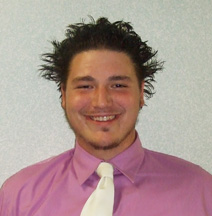 David Westerman has joined PMG as a grader. Westerman is a familiar face at conventions buying and selling currency. He "grew up" in the coin and currency industry, working in his father’s coin shop from as young as the age of eight. In recent years, he has focused intensely on currency, becoming recognized for his encyclopedic knowledge of Fractional Currency.

Glen Jorde, PMG Finalizer, comments about this new addition, "We’re excited about David joining our team because of his enthusiasm and general currency knowledge. We’ve known about him as a rising star in the industry, and as a specialist in Fractionals."

Westerman has relocated to Sarasota, for his full-time position as a PMG grader.