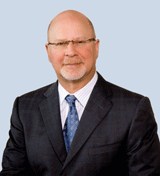 The past year has been a particularly dynamic one for numismatics. Many major collections were sold or will soon be sold, modern coins continue an explosion in popularity and numismatics becomes increasingly global.

At the forefront of these important developments is NGC.

The year began with a week where more than $100 million in coins and notes were sold at auction—an incredible figure that many thought was impossible to achieve outside the realm of the art world. The top three performers in these auctions were certified by NGC: a 1787 Brasher Doubloon graded NGC MS 63, a 1913 Liberty "V" Nickel graded NGC MS 64 and a 1927-D Double Eagle graded NGC MS 66.

These three coins showcase the considerable momentum that NGC has gained in the vintage US coin space, an achievement that is further reflected by the major collections that have come to market recently.

The Eric P. Newman Collection, which has been entirely certified by NGC, featured three sales in 2014 and now boasts total prices realized of $55 million. Based in part on the successes of the Newman sales, NGC was recently chosen to certify Part I of the Donald G. Partrick Collection, considered to be the greatest assemblage of Colonial and Early American coins in history.

Among its many monumental rarities, the Partrick Collection, Part I included one of only four known 1861 Confederate Half Dollars. Just a week after NGC graded this specimen, we were selected to grade another 1861 Confederate Half Dollar, this from the Kendall Foundation Collection. These and other important NGC-certified US rarities are scheduled to cross the auction block early this year.

At the same time, NGC continues its leadership role in the certification of world coins, a position that it has held since it became the first major third-party grading service to certify coins from all countries.

Perhaps the most significant news came in March, when NGC announced that it had encapsulated more than 100 of the top world coin rarities in the Smithsonian Institution’s National Numismatic Collection. This follows NGC’s encapsulation of the top 200 US coins in the Smithsonian Institution’s collection in 2008 after the museum conducted extensive testing of NGC’s Scratch-Resistant EdgeView® holder.

Earlier in the year, the NGC-certified Newman world coins were sold for more than $6 million, with many coins selling for multiples of their pre-auction estimates. This was followed by NGC’s announcement that it had graded the Benchmark Collection, the finest set of Australian Pre-Decimal coinage, which will be sold later this month.

In November, an NGC-certified Mexico (1538) 8 Reales sold for $587,000. That same month NGC announced that an 1898 Hunan Pattern Silver Dollar graded NGC SP 67 sold for more than $1 million to become the third NGC-certified Chinese coin to sell above that landmark level.

NGC, which has now graded nearly 1 million Chinese coins, remains the only third-party grading service to have certified Chinese coins that have subsequently sold for more than $1 million.

NGC Ancients has landed several notable collections over the past year as the certification of ancient coins becomes more popular. The museum-quality Dimitriadis Collection of Roman and Byzantine gold pieces was entirely graded by NGC and realized nearly $4 million in two parts in 2014. NGC certified the phenomenal Lexington Collection of ancient coins assembled by Jonathan K. Kern as well as the important California Collection.

In many cases it was modern coins that took the spotlight in 2014. There were, of course, the enormously popular National Baseball Hall of Fame commemoratives coins, which NGC encapsulated with a Hall of Fame logo as a result of an exclusive agreement with Cooperstown. This license agreement—the first of its kind for a third-party coin grading service—raised a significant amount of money to benefit the Hall of Fame's operations. In October we announced an exclusive license agreement with Major League Baseball, which will result in many exciting new concepts when baseball season begins later this year.

Silver Eagles are perhaps the most widely collected coins in the world and now collectors can find them encapsulated with NGC certification labels hand-signed by Elizabeth Jones, the US Mint Chief Engraver who directed the release of these coins in 1986.

These are just a few examples of the modern coin programs that NGC has developed over the past year. We work tirelessly to find innovative ways to broaden the appeal of the hobby and create exciting new ways to collect coins.

As a result of our efforts to expand our reach to more collectors and dealers, NGC certified its 31 millionth coin in 2014.

I am proud to say that NGC now employs more than 30 full time coin graders.

Paper Money Guaranty (PMG), an independent affiliate of NGC, has had its share of successes this year and is poised to grade its millionth note within just a few weeks. Notes certified by PMG continue to achieve tremendous prices at auction; in January, an 1861 Fr 11a $20 Demand Note graded by PMG realized $411,250, while an 1861 Fr 7a $10 Demand Note graded by PMG sold for $381,875. PMG enjoys an incredibly loyal following among collectors and dealers in Asia and has now graded more than 100,000 Chinese notes as well as 70,000 Korean notes.

Another affiliate of NGC, Numismatic Conservation Services (NCS), continues to be the world leader in the professional conservation of coins, tokens and medals. NCS has now handled nearly 1.3 million coins with a total declared value of nearly $1.5 billion. NCS pioneered the art of professional numismatic conservation and later this year it will begin to offer on-site conservation services in Asia.

To better reach collectors and dealers around the world, the Certified Collectibles Group opened an office in Hong Kong, China in January. CCG now has offices in Sarasota, Florida; Zurich, Switzerland; Munich, Germany; Hong Kong, China; Shanghai and Guangzhou, China; Singapore; and Seoul, Korea. Since 2010 we have performed on-site grading and encapsulation services throughout China and in Hong Kong, China.

We have also provided support for the growing market for NGC, NCS and PMG with robust new online resources. In October 2014, we released an entirely reimagined version of the NGC Registry in English and Chinese for the Asian market. Designed to look and work great on smartphones, tablets and desktops, this new NGC Registry will be made available to all visitors from around the world later this year.

Significant investments have been made to expand the scope of the NGC Registry and the PMG Registry. Collectors can now choose from more than 3,600 categories in the NGC Registry and more than 1,600 categories in the PMG Registry. Together these tools form the largest online community of coin and paper money collectors in the world.

Many new enhancements to our websites and services are planned for 2015.

All of the successes and growth of NGC, NCS and PMG would not be possible, however, without your continued support. I would like to thank each and every one of you—I am extremely grateful.

Best wishes for a happy, healthy and prosperous New Year.