PMG welcomes a new grader to the team. 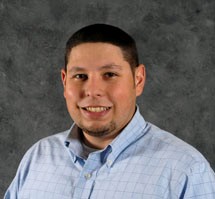 PMG is pleased to announce the addition of Brad Ciociola to the grading staff. Prior to coming to PMG, Brad was a Consignment Director and buyer of rare currency for Heritage Auctions in Dallas, TX.

A native of Durham, NC he earned his Bachelor's in Communication with a concentration in journalism from East Carolina University. Brad is a lifelong numismatist and dealt in currency and coins alongside his father Barry before taking his talents to Dallas in 2010. His collecting interests focus primarily on North Carolina National Banknotes, Obsolete Currency, and Colonials.

In addition to his deep passion for currency Brad is an avid baseball fan. In his down time he enjoys fishing and boating. He and his fiance Ashley Coats reside in Sarasota with their two dogs Boozer and Peanut.

We're glad to have him on the PMG team!