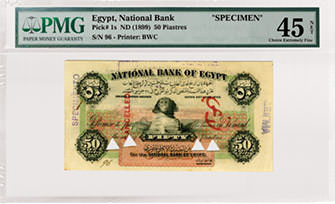 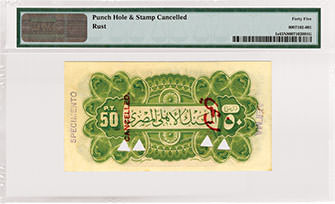 This note was printed by Bradbury Wilkinson and Company (BWC), an English engraver and printer of banknotes, postage stamps and share certificates that began operations in 1856.

According to the PMG Population Report, as of November 2012, PMG has graded 2 examples of this note – the example shown which achieved a grade of 45 as well as a note that graded 64 EPQ.